I'll let you in on a little secret. For a long time, I hated painting miniatures. Couldn't stand it. Every attempt I made ended in what I thought was complete failure and total misery. My miniatures were a long way from the glossy, nicely presented miniatures on the box. In a lot of ways, they still are. In a lot of ways, comparing your work to that of the master painters GW employs is a recipe for disaster.

I can still remember the first army I painted. Long-suffering readers will know that it was an army of Salamander Space Marines. Complete with marijuana leaves on the shoulder pads. I painted some Rhino APCs for my Space Marines, but didn't thin my paints at all - and so you could clearly see the brushstrokes in the thick green paintwork. Inevitably, I compared my green abominations with their caked on paint to the pristine Rhino transport on the box. Nearly brought me to tears. I was so upset I never used them.

But, little by little, I began to learn from those mistakes. Although it wasn't until I watched the following video tutorial that the glass ceiling shattered:

Turns out, Duncan Rhodes is really good at not just painting, but explaining the fundamentals of painting. I applied the tenets of this video to painting a Tau Fire Warrior. Then I painted four more. Then another eight. Then some Crisis Suits, Pathfinders and a Riptide:

Then the army got stolen. But the skills I learned applying the teachings of Duncan's early videos stayed with me. I've still got a lot to learn (doing bare skin and muscle is still a mad pain for me). But I'm proudly on my way. But I've also learned some tips and tricks of my own along the way, that I feel are important to getting the best results. I'll try to avoid doubling up on Duncan's feature presentation. This means there will be no elaboration on 'two thin coats'. 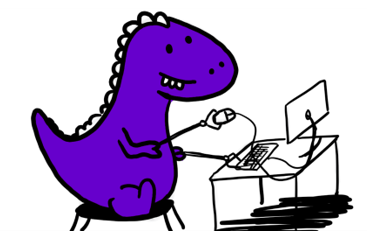 This little nugget of wisdom comes in under all sorts of names. Other phrases I've used are "gotta start somewhere", "if you give up before you fight, you'll never win". All sorts of cliched crap. The key message here is that if you're scared to ruin your miniatures or you're nervous it won't look it does on the box, you will never reach that point.

To build on this, it is ok to paint test miniatures and strip them back. Take breaks to try out new techniques, paints and hobby ideas you find interesting. If you find yourself caught up in your own self-doubt, sometimes there really is no better cure than to brute force sit down, lock in and have a go.

Oh, and Dettol and Windex are your friends.

When people play video games, they get a big gaming chair, a nice mouse mat, a big desk. Or if they're console gamers, a nice couch and a big telly. The same logic is true for a miniature painter. Make your space how you want it to be. You'd be surprised how many people stop painting or never start because they don't apply the same logic to their hobby space.

Don't get "make the space nice" confused with "buy expensive things". I don't have an expensive lamp or a meme $500 gaming chair (for my painting desk, at least.). But I have a comfy chair and a lamp that is perfect for my needs I bought for twenty bucks from Ikea.

The point here is that you need to make the space a place you enjoy being. That brings you relief and joy when you sit down to hobby. If you don't do that, then you'll never want to go there. This seems simple and yet is often overlooked. Call it an investment in yourself.

3. The Secret is Layering and Pinwashing.

I'm not a good enough painter for people to ask me how I painted my miniatures. However, sometimes people that know me do quiz me on parts they'd like to replicate. The not-so-secret is layering colors and pinwashing the recesses of models using contrast or ink washes. Don't care what brand you use.

Three colors and a wash is an excellent starting point to get your army onto the table. But it is far from the silver bullet to make every army look nice. GW's recent range of Contrast Paints has helped reinforce that narrative, and, well, I just don't like it. With Space Marines, GW's most common army, both contrast AND wash can be pretty rubbish, because of the large, flat panel area.

Feeding into point 1 about not being afraid to fail, pinwashing is an excellent technique to learn. You can always go back and fix areas where the wash has run out of the designated area. The consequence for 'failure' is low. If you cover a model with wash then make a mistake, well, you might be borked.

The same concepts that apply to pinwashing also apply to layering. It's easy to learn and doesn't punish mistakes as anywhere to the same degree as covering a model in wash. But the results are much nicer than just washing a miniature and declaring victory.

The reason it is the best is remarkably simple. Paint, in the absence of moisture, dries out. So when you put paint on a dry palette in order to thin it down, you're giving yourself a window of time to use the paint before it dries up and becomes unusable. It's frustrating and can affect the quality of those two thin coats you put on.

People think 'wet palette' and then think they don't have the money for such extravagance. But you can make one from scratch for pennies, or invest in a nicer one to feed into point 2. But they all work the same. What's important is that you use one.

Oh and you can blend on a wet palette. I don't do it often, but it is another perk.

5. Use Sand when Basing.

For a long time, I would only use resin bases. Don't get me wrong, there is nothing wrong with using resin bases for a special miniature or when you're going for a particular theme. But you don't have to buy (relatively) expensive resin bases to get good results on standard Gee-dub \ Renendra \ Whatever bases.

The secret is that it almost always starts with regular boring old sand. You can buy it in pet shops, you can buy it from hobby companies - you can get it from a good friend who has a private reserve of sand he stole from hipster city. Sand is the core building block for basing because you can take it in so many different directions.

Snow bases. Rubble. Grassland. Desert. Badlands. Mars. It all starts with sand, baby - and the possibilities are endless.

I can still remember looking at pristine box-shot miniatures, seeing them get higlighted and thinking - "that's too hard for me, bugger it." And there are folk with legitimate medical reasons to not highlight. But even with a little bit of a shaky hand like me, highlighting is not difficult. It has the illusion of being difficult.

Highlighting comes down to one thing. Is your paint thin enough to easily flow. People find highlighting difficult because they don't thin their paint enough. It's stiff and unworkable. But because you're painting such a small area, it doesn't need to be thick - it needs to be thin and malleable.

As per the video, highlighting is as simple as putting the brush on an angle, or moving in a straight line very slowly. A tip for when you're practicing is to brace your hands against the desk or each other. Or, like a sniper, hold your breath. It's not just for the special forces, you know.

Another callback to the video, but much milder this time. If you've ever thought your layers of paint didn't look right or the colors were a little off, learn to paint in triads.

Since the advent of base and layer paints, Games Workshop has really helped those in their ecosystem figure out how to get the best results. A quick look online or at the citadel paint app will tell you in what order to use their paints to achieve results. This is important because it takes your mind off of using the right paint and shifts it fully into technique.

This is not unique to Gee-Dub, though - lots of companies do this. My pet paint company, Foundry, sells paints in convenient triads so you know how to progress the color. Unrelated to that, Foundry is just awesome in general and if you can tear yourself away from Gee-Dub, consider using their paint.

Admittedly, this is the toughest part. We live in a world full of distractions. There's lots to do, and little time. You're also competing with a desire to play miniatures in the same timeslot!

However it's pretty clear. The more often you paint in a specific timeslot, the more momentum you will have to sit down and rip in for half an hour, an hour, whatever. In turn, the more time you spend in this routine, the better you will become. I cannot tell a lie, it is an exercise in willpower. But your miniatures will thank you.

So that's my wisdom, all spelled out for you. It might resonate, it might not. But if I can convince one person to keep driving and striving to get better, it'll be all worth it. I do hope some of you take some of these ideas and run with them.

And just remember - painting is different for every person. We enjoy our hobby and conduct ourselves in different ways. Don't get angry because these exact things don't work for you - learn to adapt, adjust and be flexible - and you'll get there eventually.